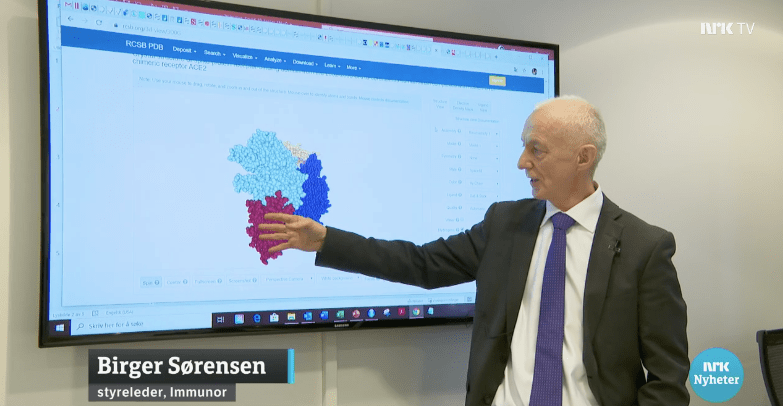 On May 29, 2020, a new research paper from Immunor AS has been accepted by QRB Discovery. The paper is: Biovacc-19: A Candidate Vaccine for Covid-19 (SARS-CoV-2) Developed from Analysis of its General  Method of Action for Infectivity

This study presents the background, rationale and Method of Action of Biovacc-19, a candidate vaccine for Covid-19, now in advanced pre-clinical development, which has already passed the first acute toxicity testing. Unlike conventionally developed vaccines, Biovacc-19’s Method of Operation is upon non human-like (NHL) epitopes in 21.6% of the composition of SARS-CoV-2’s Spike protein, which displays distinct distributed charge including the presence of a charged furin-like cleavage site. The logic of the design of the vaccine is explained, which starts with empirical analysis of the aetiology of SARS-CoV-2. Mistaken assumptions about SARS-CoV-2’s aetiology risk creating ineffective or actively harmful vaccines, including the risk of Antibody-Dependent Enhancement (ADE). Such problems in vaccine design are illustrated from past experience in the HIV domain. We propose that the dual effect general method of action of this chimeric virus’s spike, including receptor binding domain, includes membrane components other than the ACE2 receptor, which explains clinical evidence of its infectivity and pathogenicity. We show the non-receptor dependent phagocytic general method of action to be specifically related to cumulative charge from inserted sections placed on the SARS-CoV-2 Spike surface in positions to bind efficiently by salt bridge formations; and from blasting the Spike we display the non human-like epitopes from which Biovacc-19 has been down-selected.